Alka Yagnik (born 20 March 1966) is an Indian playback singer. She is noted in Hindi cinema for a career spanning over three decades.

She is a record seven-time winner from a record of 36 nominations of the Filmfare Award for Best Female Playback Singer, a two-time recipient of the National Film Award as well as several other music awards. Read more at Wikipedia. 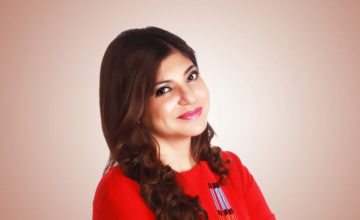