Anuradha Paudwal (born 27 October 1954) is an Indian playback singer who works in Bollywood.

She was awarded the Padma Shri, India’s fourth-highest civilian award, by the Government of India in 2017.

She is a recipient of the National Film Award and a four-time winner of the Filmfare Award. Read more at Wikipedia. 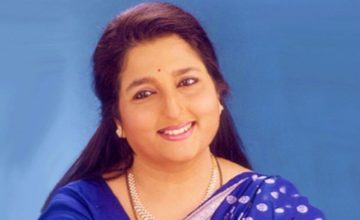