Ash King (born Ashutosh Ganguly Bengali: আশুতোষ গাঙ্গুলী) is a singer of Bengali and Gujarati origin based in London. He made his playback singing debut in Rakeysh Omprakash Mehra’s Delhi-6.

His first Bollywood break was with A. R. Rahman on the film Delhi-6 which he recorded at Rahman’s personal studio. Rahman invited King, to his London home after friends sang his praises.

He was so impressed with the 25-year-old’s voice, he flew him to Chennai to record in his private studio. Since then he has gone on to sing Te Amo for the film Dum Maaro Dum, I Love You for the film Bodyguard and featured on Suno Aisha from the film Aisha. Read more at Wikipedia. 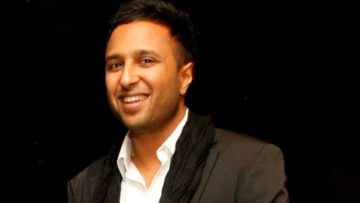