Caralisa Monteiro is an Indian singer known for advertising jingles and Bollywood songs.

Monteiro entered and was one of the finalist on Sutasi, an Asian talent hunt in 2008. Her debut album Illusions was released in 2015 which is a multi-genre album with songs featuring Jazz, Soul, Rock, and Blues.

She made an appearance with the band Overhung at the finale of Harley Rock Riders: Season IV and guested on the band’s song “Waste”. Monteiro wrote and recorded the ballad “All Alone” that was featured on the Indie movie Rize of the Zombie starring Luke Kenny. Read more at Wikipedia. 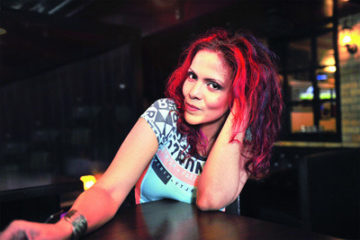