Vivian Fernandes, better known by his stage name Divine, is a rapper from Mumbai, India.

He went to St John the Evangelist High School in Marol and RD National college He began his career as an underground rapper in 2011 and gained popularity after his single ‘Yeh Mera Bombay’.

He obtained mainstream success following his collaboration with Naezy, another Mumbai-based rapper, on the song ‘Mere Gully Main’, along with his solo single ‘Jungli Sher’. Read more at Wikipedia. 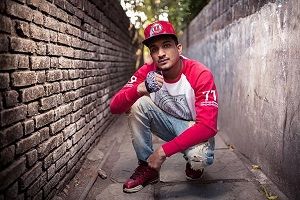