Harshdeep Kaur (born 16 December 1986) is an Indian Playback singer known for her Bollywood Hindi, Punjabi and Sufi songs. She is popularly known as “Sufi Ki Sultana” because of her soulful Sufi renditions. After winning the titles in two talent reality shows, Kaur established herself as a lead singer in Bollywood soundtracks.

She has recorded songs for film music in various Indian languages, such as Hindi, Punjabi, Tamil, Telugu, Marathi, Gujrati, Bengali and many more, and has established herself as a leading playback singer of Indian cinema.

She’s one of the very few Indian singers to have sung for a Hollywood movie. Her track R.I.P. composed by AR Rahman was a part of Oscar winner director Danny Boyle’s film 127 Hours. 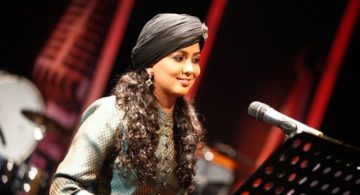