Karthik (born 7 November 1980) is an Indian playback singer. Karthik started his professional career as a backing vocalist and has since been working as a playback singer.

He has sung in multiple languages including Tamil (over 1000 songs), Telugu (over 500 songs), Kannada (over 300 songs), and in other languages like Malayalam, Odia, Bengali, and Hindi.

Karthik is known for his versatility in the industry which gave him an opportunity to sing a variety of songs. Read more at Wikipedia. 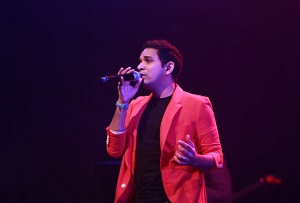