Parineeti Chopra (born 22 October 1988) is an Indian actress and singer who appears in Hindi films.

Parineeti Chopra made her acting debut with an acclaimed performance in the 2011 romantic comedy Ladies vs Ricky Bahl, winning the Filmfare Award for Best Female Debut and a Best Supporting Actress nomination.

After a three-year hiatus from full-time acting, she starred in the blockbuster comedy Golmaal Again (2017), one of the highest-grossing Indian films of all time. Read more at Wikipedia. 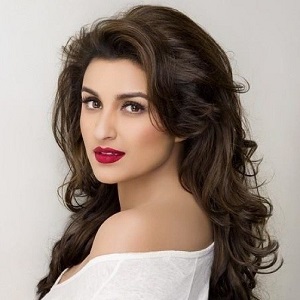