Pawni Pandey (Hindi: पावनी पाण्डेय) (Born 20 July 1992) is an Indian singer and was the finalist on Sa Re Ga Ma Pa L’il Champs and advanced to fifth place with public votes.

She made her debut in the singing reality show Indian Idol. Post the reality show, she has sung a diverse number of songs in Bollywood films and is a live performer in both national and international shows.

She became more well-known after her sung song “Laila Main Laila” from Raees became hit. She received a significant amount of Indian media coverage due to her much-acclaimed singing of the song.

She then became a part of the Grand Jury for the Singing reality show Sa Re Ga Ma Pa Lil Champs 2017 judging the upcoming fresh new talent of the Bollywood playback industry. Read more at Wikipedia. 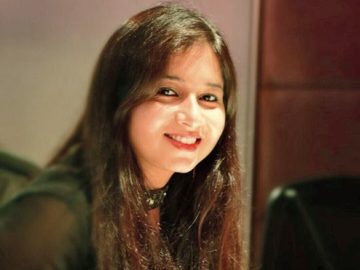