Shilpa Rao (born Apeksha Rao; 11 April 1984) is an Indian singer. Raised in Jamshedpur, she moved to Mumbai at the age of 13 and completed Master’s in Applied Statistics from St. Xavier’s College, Mumbai, before working as a jingle singer for three years. During her college days, Mithoon offered her to record the song “Tose Naina” from Anwar (2007), making her Bollywood career debut.

Rao rose to widespread prominence with the release of “Khuda Jaane” from Bachna Ae Haseeno (2008). She was nominated for the Best Female Playback Singer award for the song, in 54th Filmfare Awards. Read more at Wikipedia. 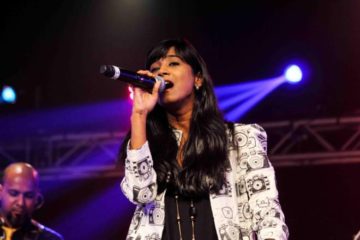