Shraddha Kapoor (born 3 March 1987) is an Indian actress and singer who works in Hindi films.

Kapoor gained wide recognition for playing a singer in the commercially successful romantic drama Aashiqui 2 (2013), for which she received several accolades including a Filmfare nomination for the Best Actress. Read more at Wikipedia. 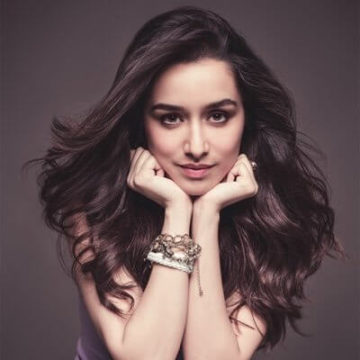