Diljit Dosanjh (Punjabi: ਦਿਲਜੀਤ ਦੋਸਾਂਝ; born on 6 January 1984) is a Punjabi actor, singer, television presenter and social media celebrity who works in Punjabi and Hindi cinema. He is recognized as one of the leading artists in the Punjabi music industry.

He also acts in Punjabi movies, with many of them being noticeable hits, including the 2012 film Jatt & Juliet, the 2013 films Jatt & Juliet 2 and “Punjab 1984”, the 2015 film Sardaar Ji, and the 2016 films Ambarsariya, Sardaar Ji 2 and the 2017 Punjabi Film Super Singh – which are counted among the most successful Punjabi movies in history. Read more at Wikipedia. 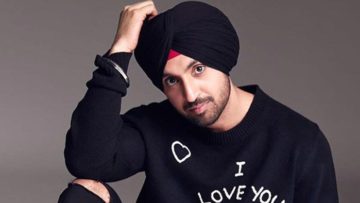