Divya Kumar is an Indian Bollywood playback singer who has lent his voice in a number of Bollywood films.

His first Bollywood break was with Gujraj Singh on the film Tutiya Dil. Since then, he has gone on to sing some popular songs like “Subhaarambh” for the film Kai Po Che, “Chanchal Man Ati Random” for the film Shuddh Desi Romance, and was featured on “Daingad Daingad” from the film Humpty Sharma ki Dulhania. Read more at Wikipedia. 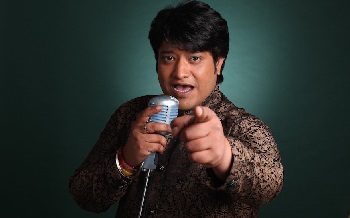