Palak Muchhal is an Indian playback singer. She and her younger brother Palash Muchhal perform stage shows across India and abroad to raise funds for the poor children who need financial assistance for the medical treatment of heart diseases. As of 8 December 2016, she has raised funds through her charity shows which has helped to save lives of 1333 children suffering from heart ailments. 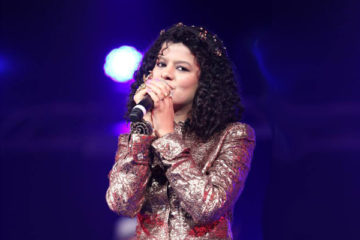